The Hague Convention on the Civil Aspects of International Child Abduction is a treaty between signatory countries (or “contracting states”) that provides for the prompt return of an abducted child to his or her country of habitual residence. Here, Masters Law Group fought, and won a landmark ruling in favor of our client.

The husband filed a petition for the return of his two children, (a two year old and eight-month old) who were taken from their residence in Mexico to Wisconsin, USA by his wife – the mother of the two children – represented by Masters Law Group LLC in the Eastern District of Wisconsin United States District Court where the Law Firm of Conway, Olejniczak & Jerry, S.C. served as local counsel.

The Act entitles a person whose child has been removed from his custody in another country and taken to the United States to petition in federal or state court for the return of the child.

In this case, the mother removed the children from where the family was living in Mexico, and took them to Wisconsin.. The father then commenced an action for the return of the children under the Hague Convention. For the reasons that follow, the Court denied the father’s petition.

ICARA AND THE HAGUE CONVENTION Under the ICARA, a petitioner seeking return of a child must establish by a preponderance of the evidence that the child has been wrongfully removed or retained within the meaning of the Convention.

But “[b]ecause children, especially those too young or otherwise unable to acclimate, depend on their parents as caregivers,” the Monasky Court noted that “the intentions and circumstances of caregiving parents are relevant considerations.” Id. at 727. Importantly, with respect to children, the Court explained that “an infant’s ‘mere physical presence’ . . . is not a dispositive indicator of an infant’s habitual residence.” Id. at 729. “No single fact, however, is dispositive across all cases.”

Based on the foregoing case details (found here),details the court found that the grave risk exception applied and held that returning the children to Mexico and separating them from their mother would expose them to a grave risk of psychological harm or otherwise place them in an intolerable situation. Case 1:20-cv-01028-WCG Filed 10/16/20 Page 9 of 10 Document 102.

In sum, the court found that the father has failed to meet his burden of establishing by a preponderance of the evidence that his children were habitual residents of Mexico. In addition, the court found by clear and convincing evidence that returning the children would subject them to a grave risk of psychological harm or otherwise place them in an intolerable situation.

Accordingly, the retention of the children in the United States was not wrongful within the meaning of the Convention. The petition is therefore denied, and this action is dismissed.

Erin Masters and Anthony Joseph have extensive knowledge and experience with The Hague Convention on Civil Aspects of International Child Abduction (“The Hague Convention”) that was enacted into law through the International Child Abduction Remedies Act (“ICARA”) which provides that a parent whose child has been wrongfully removed from or retained in the United States may petition for the child’s return to his or her country of habitual residence.

If you are faced with instituting or defending child abduction proceedings under the Hague Convention on the Civil Aspects of International Child Abduction in the United States, work with the experienced lawyers at Masters Law Group. Contact us here today to schedule a consultation. 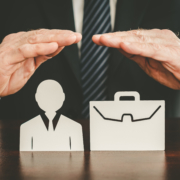 Making a Parenting Plan for Thanksgiving
Scroll to top