In one of our most recent Hague Convention cases, the attorneys at Masters Law Group succeeded in this landmark ruling in favor of our client.

The husband – represented by Masters Law Group –  filed a petition for the return of his child who was taken from his residence in New Zealand to the United States by his wife – the mother of the child. As relevant here, the Hague Convention provides that a parent whose child has been wrongfully removed or retained in the United States may petition for the child’s return to his or her country of habitual residence.

The Act entitles a person whose child has been removed from his custody in another country and taken to the United States to petition in federal or state court for the return of the child.

By agreement of the parties and as required by the Convention, the Court Court concludes that the child was a habitual resident of New Zealand at the time of the wrongful retention in the United States, Petitioner had and was exercising custody rights under New Zealand law, and the “grave risk” exception was not established in this case.

Accordingly, the Court finds that the child must be returned to New Zealand, and grants the Petition for return of the child, [dkt. 1].

The Court allowed an approximate one-week time period to avoid any abrupt transition for the child.

Erin Masters and Anthony Joseph have extensive knowledge and experience with The Hague Convention on Civil Aspects of International Child Abduction (“The Hague Convention”) that was enacted into law through the International Child Abduction Remedies Act (“ICARA”) which provides that a parent whose child has been wrongfully removed from or retained in the United States may petition for the child’s return to his or her country of habitual residence.

If you are faced with instituting or defending child abduction proceedings under the Hague Convention on the Civil Aspects of International Child Abduction in the United States, work with the experienced lawyers at Masters Law Group. Contact us here today to schedule a consultation. 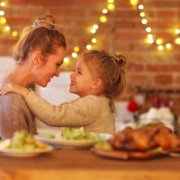 Masters Law Group Named ‘Best Law Firm’ by The US News and World...
Scroll to top